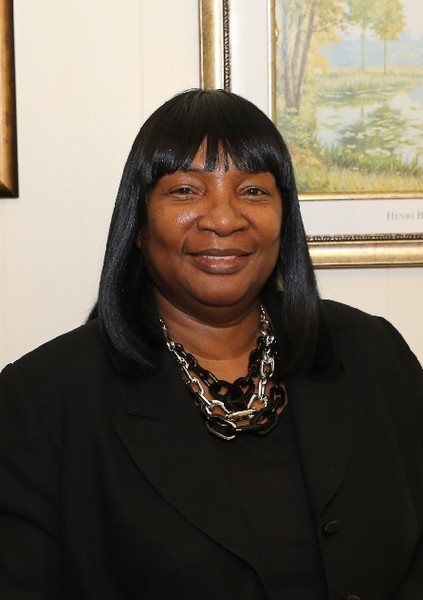 Minister Jacqueline Barksdale is an Ordain Minister of the Brooklyn Tabernacle Deliverance Center.  She worked for the State of New York for over 35 years at Downstate Medical Center. While there Min. Barksdale has ministered to the sick with signs following. With a team of other persons, the noon day services was organize and continues up to this day held every Wednesday in the Downstate Chapel.  She has helped with the Arthur Ashe Institute for Urban Health. Min. Barksdale has done street ministry in Brooklyn, Manhattan, and the Bronx in preaching the love of Jesus, feeding of the hungry, and finding shelter for the homeless, and ministering in various shelters. Min. Barksdale has also ministered to youth in the prison system such as Sparford Youth Correction Facility, and Ella McQueen.  Minister Barksdale is a graduate of Community Bible Institute and Seminary with her degree of Bachelor of Theology, and   teaches at Community Bible Institute and Seminary, The Book of Acts and Missions.  Min. Barksdale has traveled with her Pastor Apostle W. Denson to many countries, India, Philippians, Africa, Kuwait, Dubai, Trinidad & Tobago, Liberia and in the United States as team leader, in spreading the gospel to the lost, and to those who have never heard the name of Jesus. She has also ministered in retreats for the Phileo Outreach International Ministries.

Pastor Barksdale has two sons Marcus and Michael who encourage her as an Intercessor, Minister, Missionary, and Teacher of the family.  She has many sons and daughters in the Lord in whom she gives, God, the praise, they are still in ministry for the Lord.  Pastor Barksdale was called by God for ministry and she’s still on the battle field for the Lord.  To God, be the Glory, for the Call, Commitment, and Commission.