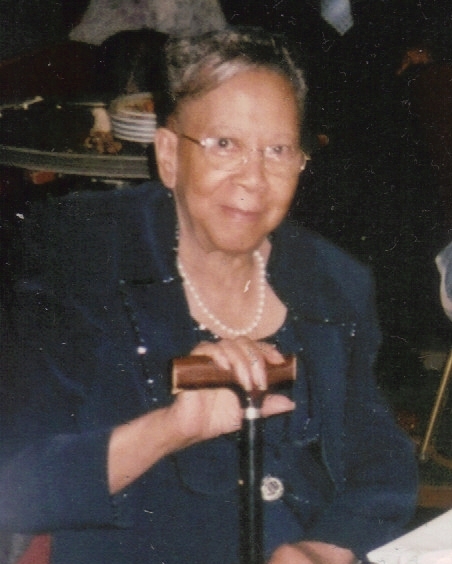 Rev. Julia Hutchins was born to Myrtle Colic on October 29, 1925 in Virginia. The major part of her education was in Baltimore, Maryland. She was married to Paul Hutchins Sr. Rev. Julia Hutchins sang as a child and she was the first black women to receive a scholarship to the Peabody Conservatory of Music. During this time the Peabody Conservatory had a charter that Negros could not attend their school. Because of this charter the Peabody Conservatory assigned Professor Bellows to mentor her in classical music. Though there was disappointment, great things happen; a school was formed for people of color. While living in Maryland, Julia sang with the all black girls choir. She was one of the lead singers. After following her husband to New York she later returned for a visit back to Baltimore only to find out that the Baltimore Symphony of Music had been trying to reach her. At that point she gave up all hope of her dreams but Rev. Hutchins soon learned that God had another plan. Rev. Hutchins later became a nurse. While working as a full time charge nurse she attended Community Bible Institute & Seminary where she and Pastor Willie Nixon were the first two questionnaires. Rev. Hutchins graduated with honors from the CBI. Later she became Pulpit Minister and then a Governing Board Leader. Rev. Hutchins is one who has dedicated her life to her 8 children, family & friends, but most of all to the Lord Jesus Christ. Her favorite scripture is Psalms 91:1. In 1979, Rev. Hutchins met the Lord under the auspices of the Late Bishop Theodore Randolph of New Zion C.O.G.I.C. in Laurelton (Queens). In 1988, Pastor Curlee Windham ordained Rev. Hutchins at Liberty Baptist Church in Brooklyn. On April 14, 1995, Rev. Hutchins received a certificate of appreciation for outstanding service and contributions to Christ Church The Word Aflame Ministries Inc in Mount Vernon, New York under the auspices of Bishop Moses de la Rosa (Pastor) and the Late Bishop James W. Sadler (Overseer). Julia will be remembered for her smile and warm loving spirit. It will not be forgotten her patience, endurance and words of encouragement for everyone. Rev. Julia Hutchins departed this life on Monday, January 21, 2013 where she leaves to cherish her memory, her eight children; Paula, Paul, Jerrie (Deceased), Michael, Karen, Walter (Deceased), Douglas (Deceased), & Steven, her grandchildren like Randy and great grandchildren with a host of other relatives, friends and loving church family.